My visits are fewer and I would feel blessed to know that anyone reading this should contact Dr. Pat to have their dreaded nightmares taken care of.

END_OF_DOCUMENT_TOKEN_TO_BE_REPLACED

One in seventy-five people will experience a panic attack at some point in their life.

Panic attacks mimic many physical illnesses and can have a multitude of symptoms including any of the following:

People with generalized anxiety disorder (GAD) have ongoing severe tension that interferes with daily functioning. They worry constantly and feel helpless to control these worries. Worries can range from very significant tasks like job responsibilities or family health to very mundane tasks such as chores, car repairs, or regular day-to-day activities or appointments. Many people describe having a feeling that something bad is going to happen or an impending sense of doom without being able to rationally justify why they feel this way. They may have difficulty sleeping or concentrating, feel fatigued, be irritable or restless, or feel constantly worried.

Obsessions are reoccurring irrational thoughts that are upsetting. They cause much anxiety which cannot be controlled through reasoning. Common obsessions include preoccupations with dirt or germs, nagging doubts, and a need to have things in a very particular order. To minimize these obsessions, many people with obsessive compulsive disorder (OCD) engage in repeated behaviors, or compulsions. Examples include repeated hand washing, repetitively checking if you turned something on or off, repetitively checking if you locked something, and following a rigid set of rules or sequence of doing something. Compulsive behavior can be very disruptive to the individual who is suffering from OCD as well as those who live with the sufferer, often resulting in failed social relationships.

Post-traumatic stress disorder (PTSD) can occur in individuals who have witnessed or survived a severe or terrifying physical or emotional event. People with PTSD may have reoccurring nightmares, intrusive memories, and flashbacks. Certain situations or emotions can lead the individual to feel like they are reliving the traumatic experience, making the stressful event seem to happen all over again. PTSD patients become hypersensitive or hyperaware of anything that may remind them of the painful incident. Often these individuals go to extreme lengths to avoid any situation or event that might trigger the unpleasant memory. Subsequently, PTSD sufferers can become very isolated or withdrawn.

Additional symptoms may include:

A phobia is an unrealistic but persistent fear of a specific object, activity, or situation. Usually these fears are irrational in nature because the chance for real danger occurring is not in proportion to the level of fear being associated with it. Left untreated, these fears cause such distress that some people will go to extreme lengths to avoid their particular phobia. As a result, these individuals may miss out on enjoying a complete and fulfilling life.

Some of the many behaviors and emotions associated with social anxiety disorder may include:

Fear and/or avoidance of social interaction; fear of criticism, ridicule or rejection; fear of embarrassment or humiliation; feeling judged by others in social settings; feelings of inadequacy; feeling socially inept; reluctance to engage in any new activity for fear of failure; being self-conscious and self-critical; and being extremely shy.

These behaviors and emotions are often accompanied by physical symptoms that can include:

Failure to make or keep eye contact, stammering, stuttering, sweating, blushing, trembling, nausea or upset stomach, or feeling that you have to get out of or leave the social event you are attending.

Many people suffering from social anxiety disorders attempt to self-medicate themselves when they are attending social events. Most commonly, alcohol is used as a social lubricant. However, use of recreational drugs may also occur. Often social anxiety disorder patients feel that they cannot be helped professionally or believe themselves to be too socially awkward to even attempt counseling.

However, this is not true and like all the other disorders listed above Alpha Behavioral Care has had great success treating anyone who suffers from any of these conditions and wants to make a change for the better in their lives. 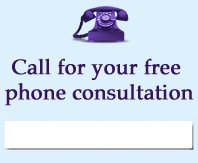